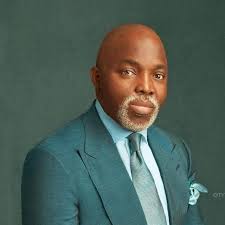 For Nigeria, it has been a season of good fortunes at the world stage as some of her citizens are now occupying important international post both at the Sub-regional, Continental and World levels as the recent selection of Dr. Ngozi Okonjo-Iweala as new Director General of World Trade Organisation (WTO) has shown.

The country may likely see one of her citizens once again elected into a world body, this time football ruling body, the Federation of International Football Association (FIFA) prestigious FIFA Council (formerly called Executive Committee). It’s the highest decision-making organ of FIFA.
Nigeria Football Federation (NFF) President, Amaju Melvin Pinnick is flying the country’s flag at the Confederation of Africa Football CAF General Election slated for Friday, March 12, 2021 in Rabat, Morocco. There he will stake not only his personal pride but Nigeria’s reputation as he is vying for the FIFA Council seat which will also guarantee him seat in the CAF Executive Committee.
Thus Pinnick has for quite some time taken to the sky, flying across 50+ Member Associations of CAF campaigning for votes just as he has met with the leaders of Zonal Football Associations like West Africa, Southern Africa, Eastern Africa, Northern and Central African zones respectively.
The former Executive Chairman, Delta State Sports Commission/ Football Association has also reached out to power brokers in the football circles and now fancies his chances of clinching the top post on March 12.
However, Pinnick’s proverbial “palm kernels have been cracked for him by benevolent spirits” as in line with Nigeria’s leader,  President Muhammadu Buhari’s regime strong support for Nigerians seeking position in international organisations, the Federal Government has handed the NFF boss an unqualified backing in his quest to win a seat on the FIFA Council.
This cheering news was dropped last week Thursday at a press conference addressed by the Permanent Secretary in the Federal Ministry of Youth and Sports, Engineer Nebolisa Anako on behalf of the Minister, Sunday Dare in Abuja. 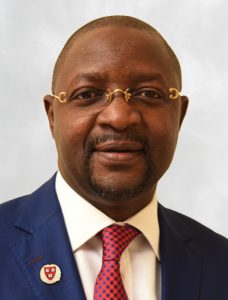 He stated unequivocally that “Amaju’s ambition would further reposition Nigeria in the global football map where we have made remarkable inroads” and indicated that his triumph would follow in the glorious steps of illustrious compatriots Dr Akinwunmi Adesina (re-elected as President of Africa Development Bank) and Dr Ngozi Okonjo-Iweala (first female/ first African Director-General of the World Trade Organization) in recent times.

“If the NFF President wins the position, it would not be a victory for the Federal Government and all Nigerians alone, but the African continent. He would be a great ambassador of our great country if elected into the FIFA Council. As a member of the CAF Executive, Pinnick is aware of the task ahead and the Federal Government’s support to the actualization of his dream,” Anako said.
He added: “On behalf of the President of the Federal Republic of Nigeria, Muhammadu Buhari GCFR, and all Nigerians, we hereby pledge our unflinching support to Mr Pinnick because his victory would be our collective victory.
“(Sports Minister)  Dare believes Amaju can use his position and connections in CAF and FIFA to help promote and develop Nigeria and African football in all ramifications. Let us be resolute and firm in our support…This is no time to stand on the fence, but to be partakers in the scheme of things.”
NFF’s 2nd Vice President, Mallam Shehu Dikko, who stood in for Pinnick (who is already in Morocco), thanked President Muhammadu Buhari for his usual strong support for the NFF and Nigerian Football generally since coming into office, and assured that once victorious, Pinnick would continue in his usual way of influencing the appointment of Nigerians into FIFA and CAF committees and administrations, as he did while he was 1st Vice President of CAF and has been doing as Member, CAF Executive Committee and Member, Organizing Committee for FIFA Competitions.
“As a FIFA Council Member, Pinnick will also be automatically a Member of the CAF Executive, which gives Nigeria a voice at both global and continental levels. This is not a Pinnick project, but a Nigeria project. If countries like Guinea and Madagascar can have people in the FIFA Council, there is no reason why a big football –playing nation like Nigeria should not.”
Also, President of the Nigeria Olympic Committee (NOC), Enginner Habu Ahmed Gumel, gave a thumbs-up to Pinnick’s candidacy, saying “the FIFA Council seat is important to us, Nigeria and Africa, and we enjoin all Nigerian football stakeholders to be loud in their support for Pinnick.” 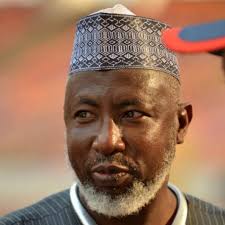 Finally, NFF General Secretary, Dr. Mohammed Sanusi enjoined all football stakeholders to join hands with the Federal Government, the Federal Ministry of Youth and Sports and the NFF to give Mr Pinnick strong support in his bid for the FIFA Council seat.

With the above moral backing from the Nigerian government, NOC, NFF and football stakeholders as well as the votes of the voting Member Associations on the day, Pinnick is as good as winning the FIFA Council seat in Morocco.