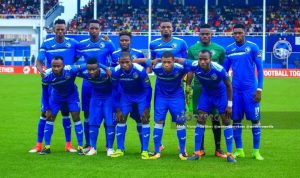 Even as the 2020/2021 Nigeria Professional Football League (NPFL) is yet to kick off, the organisers, League Management Company (LMC) has said the winner of the competition will cart home a handsome cash amount of N75m.

Sportsrevelation reports that N50m for the first Runner Up will receive the sum of N50m while  N35m willbgo to the Third placed team just other participating NPFL clubs will also earn prize monies based on final position on the league table.
This cheering news was dropped in Abuja by LMC Chairman and 2nd Vice President of Nigeria Football Federation (NFF), Mallam Shehu Dikko.
For this reason,  participating clubs of NPFL have been assured of a robust  revenue distribution with the minimum guaranteed revenue/payment from the LMC-Redstrike Partnership to ensure commercial stability, operations, sustainability and success of the league. 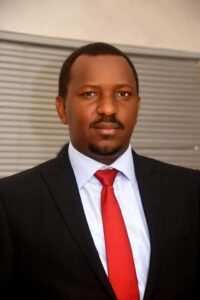 The LMC boss noted that the partnership “will also guarantee other stakeholders of NPFL, including match officials and services providers of a much improved and, or sustained indemnity and professional remuneration as part of the measures to improve standards across the football league industry value chain”.

Continuing, Dikko declared that “on  the back of the LMC-Redstrike partnership, the NPFL will now see the return of performance incentive payments to NPFL participating clubs such as, Basic Award (Guaranteed payments for participation), Technical/Performance Award (payments earned based on milestones achieved by clubs), Merit Award (Prize Monies distributed to clubs based on final position on the league table at the end of season) and Parachute Payments (to support clubs relegated from the NPFL in the previous season)”.
This season, the LMC has proposed Prize monies for the top three finishing positions for the 2020/2021 season as N75m for the Winner, N50m for the first Runner Up and N35m for the Third paced team. Other Clubs will also earn prize monies based on final position on the league table.
The LMC says other programs and branding strategies to increase the excitement value of the league will be unveiled in due course. These includes, the return of bonuses to clubs for Away Wins, Away Draws, getting more than 5000 fans for home matches, featuring U-18 Youth Players, Stadium maintenance support among other things.
“There’s no doubt that exciting times lie ahead for all football lovers in Nigeria who have long yearned to have matches and activities of NPFL made readily available to them by streaming and broadcast on other platforms, including traditional TV”, Dikko remarked.
He said the LMC is assuring millions of football fans in Nigeria that their patience will very soon be rewarded with a repackaged NPFL, whose exciting football matches and activities they can view and follow anytime and anywhere on the NPFL.TV Platform.
Share on:
WhatsApp
Share on FacebookShare on TwitterShare on Linkedin
2020-12-19
harry awurumibe