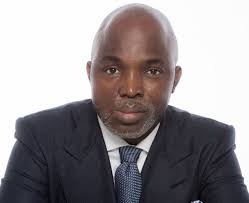 More facts have emerged why the Nigeria Football Federation (NFF) settled for the choice of ex-Super Eagles captain and coach, Augustine Eguavoen as the new Technical Director of the Federation just as new positions have been created to enhance the work of the department.

NFF Executive Committee had on Tuesday after its virtual Executive Board Meeting approved a presentation by the Chairman of the Technical & Development Committee, Yusuf Ahmed ‘Fresh’ for the appointment of former Super Eagles’ Captain and Coach, Mr. Augustine Eguavoen, as the new Technical Director of the NFF.

But the appointments which are with immediate effect are said to have been endorsed by the entire Board Members because of their  believe that the appointed men have what it takes to take Nigerian football to the next level.

Sportsrevelation however gathered that two other former Super Eagles, Daniel Amokachi and Emmanuel Amuneke were in the running for the plum job but the authorities have to settle for Eguavoen for the reasons best known to them.

Meanwhile, NFF Executive Commiittee took many other decisions including the endorsement of its President,  Amaju Melvin Pinnick for the CAF and FIFA Executive Commiittee positions.  This and more are contained in the communique issued by NFF after the virtual meeting on Tuesday.

COMMUNIQUE OF THE MEETING OF NFF EXECUTIVE COMMITTEE HELD VIA VIDEO CONFERENCE ON TUESDAY, 20TH OCTOBER 2020

The Executive Committee of Nigeria Football Federation met via video conference on Tuesday, 20th October 2020 to deliberate on important issues in Nigerian Football and resolved as follows:

1) The meeting began with a minute silence in honour of the Member of the NFF Board, Alh. Musa Adamu Duhu, who passed on 19thSeptember 2020 after a brief illness.

2) The Board expressed deep appreciation to the Federal Government for lifting the ban on contact sports (of which football is constituent) on Thursday, 15th October 2020, and commended the Government once more for its valiant efforts in combating the novel coronavirus pandemic in Nigeria.

3) Following from the lifting of ban on football activities in the country, the Executive Committee endorsed a proposal by the League Management Company to fix the calendar for the 2020/2021 Nigeria Professional Football League to commence anytime from Sunday, 15th November 2020 and end the season by June 2021, with full adherence to the Federal Government’s COVID19 protocols and other requirements as may be prescribed. Full compliance with the Club Licensing regulations is mandatory for Clubs willing to take part in the NPFL. The Executive Committee further mandated the NNL, NWFL and NLO to synchronize their calendars with that of the NPFL with each of them commencing within three weeks of the elite League. However, the Executive Committee made it clear that in line with the Federal Government’s directive, all football activities can commence immediately.

4) After a presentation by the General Secretary on the efforts made so far to reposition the Secretariat in line with its directives, through the redeployment of some members of Staff and engagement of a few others, the Board commended the thorough job done by the General Secretary and gave him the go-ahead to engage a suitable candidate for the position of Head of ICT, following the unfortunate and painful demise of Mr. Tolulope Abe.

5) The Executive Committee expressed delight at the formal ground-breaking of the two (2) FIFA Forward 2.0 projects in Nigeria (Birnin Kebbi and Ugborodo), and underscored that the contractors must conclude the construction of the mini-stadium in each of the centres by the end of March 2021.

6) While appreciating the advice of the Federal Ministry of Youth and Sports Development on the issue of the Anambra State Football Association, the Executive Committee noted that it was not only bound by Association Football protocols and the principles of fairness but also by the supremacy of the NFF Statutes. It noted that the constitution of a caretaker committee is very much in order, and that in line with the NFF Statutes and furtherance of the protocols and principles mentioned, the process for election of the Anambra State FA Board had to go ahead as planned. The Executive Committee recalled that the emergence of Senator Ifeanyi Ubah, who had written the petition to the Federal Ministry of Youth and Sports Development, as Chairman of Anambra State FA, arose under similar circumstances of an election conducted by a caretaker arrangement. It further reiterated that the NFF Statutes have adequate provisions for any aggrieved party to ventilate any complaints they may have.

7) The Executive Committee received a report from the NFF Ad-hoc Committee led by the 1stVice President, with regards to the situation of the LMC/Next Digital commercial arrangement, and the fact that the parties have reaffirmed that there are no issues between them, and that whatever miscommunication between the parties have been resolved amicably. Next Digital has actually endorsed the LMC/Redstrike commercial partnership for the development of the NPFL commercial and audio-visual rights. The Executive Committee praised the efforts of the Ad-hoc Committee in this direction.

8) In its determination to take care of perceived grey areas, remediate any lacuna and take care of sections that may be open to myriad interpretations, for the development and sustenance of Nigeria football, the Board endorsed that a review of the NFF Statutes will commence in the second quarter of Year 2021.

10) The Executive Committee received a report that as of today, 20th October 2020, the palliative Funds expected from FIFA and CAF are yet to fully be received, which is the reason for the delay in remitting the funds to the relevant beneficiaries. To this end, the Executive Committee mandated the General Secretary to instruct the Finance Department to continue its daily check on NFF’s banks regarding the situation of these monies, which the NFF has earmarked for disbursement to various Clubs, Leagues and some other stakeholder-groups.

11) The Executive Committee endorsed the proposal by Bereckiah International Limited, to partner with the Nigeria Nationwide League on capacity-building and enhancement for coaches in the NLO, with the objective of improving the trainers at the grassroots level for critical impact on football development. The capacity-building and enhancement programmes will hold in the various zones across the country thus: North Central (Abuja); North East (Bauchi); North West (Kaduna); South East (Enugu); South South (Uyo); South West (Sagamu).

12) in a bid to entrench a youth football culture and to increase mass participation of the youths in organized grassroots football, the Executive Committee approved a proposal by the Chairman of the Youth and Football Committees to set machinery in motion for the launching of an NFF National Youth Football League.

13) The Executive Committee unanimously approved and endorsed for the NFF President, Mr. Amaju Melvin Pinnick to vie for any elective position in the forthcoming CAF and FIFA elections as deemed appropriate. Praising the NFF President for the adroit and efficient leadership he has been provided for navigating the rather difficult terrain of Nigeria football administration for the past six years, the Executive Committee further congratulated the President for the exceptional representation that he indeed provided for Nigeria, WAFU B and indeed Africa in his current position as CAF Executive Committee Member, and enjoined all stakeholders to fully support him in the upcoming CAF & FIFA elections.