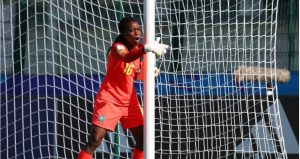 No fewer than 822 professional and grassroots clubs including Rivers Angels FC of Port Harcourt and Nasarawa Amazons FC, from 39  Member Associations (MAs), Nigeria inclusive, have received funding boost worth
USD 8.46 million distributed to clubs that trained, released players for the FIFA Women World Cup, France 2019 just as the funding is to be used for development programmes for women and girls.
Following the distribution of FIFA funding via member associations (MAs) that took place earlier this year, 822 professional and grassroots clubs from 39 MAs have now received a total of USD 8.46 million of solidarity funding, which will be used to support dedicated youth football and development programmes for women and girls.
France 2019 is the first FIFA Women’s World Cup where professional and grassroots clubs have benefitted from receiving solidarity funding, which was introduced by FIFA to directly support and reward clubs in the development of players who play at the tournament.
Based on the principle of rewarding clubs for providing players with a professional football pathway, 50 per cent of the funding has been distributed to clubs that released players for the FIFA Women’s World Cup France 2019.
Following an extensive data-gathering exercise using player and training records from MAs, which was undertaken by FIFA for the first time ever, the remaining 50 per cent has been distributed to eligible clubs, including grassroots and amateur teams, which trained players between the ages of 12 and 22.
“Building on the success of the FIFA Women’s World Cup last year, the solidarity funding distributed as a result of the tournament will provide much-needed additional financial support for many women’s football clubs around the world,” said FIFA’s Chief Women’s Football Officer Sarai Bareman.
“With USD 1 billion already committed to women’s football over the next four-year cycle in the lead-up to the FIFA Women’s World Cup in 2023, the solidarity funds distributed will play an important role in providing more opportunities for women and girls to play football, as well as rewarding and giving back to 822 training and grassroots clubs for the vital role they played in developing the stars of last summer’s FIFA Women’s World Cup.
“At a time when many clubs around the world impacted by the current coronavirus pandemic, FIFA is looking to continue the long-term investment we are making in the women’s game, as well as the momentum and the interest generated last summer.
“Through the additional development funding that has now been distributed, we hope that this supports clubs and MAs in the important role they play in the growth of women’s football and will encourage them to continue to invest in the sport in the future.
“The growth of women’s football requires a joint effort at all levels if we are to build a strong and sustainable future for the women’s game. Only together can we realise the full potential of women’s football and truly bring the game to all.”
Share on:
WhatsApp
Share on FacebookShare on TwitterShare on Linkedin
2020-07-10
harry awurumibe