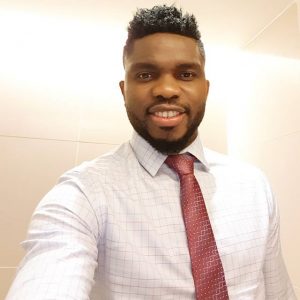 More facts have emerged why the Nigeria Football Federation (NFF) appointed the former Nigerian international defender and captain, Joseph Tambari-Ikpo Yobo as an Assistant Coach of the Super Eagles even as he replaces Imama Amapakabo in the three –time African champions’ technical crew.

Yobo, who played for the Nigeria U20 boys – Flying Eagles – during the FIFA World Youth Championship (now known as FIFA U20 World Cup) in 1999, won his first cap for the the senior team in an Africa Cup of Nations qualifying match away to Zambia in Chingola in April 2001, and played in three FIFA World Cup finals in 2002, 2010 and 2014.

But the appointment announced by NFF in Abuja on Wednesday has attracted criticisms from certain quarters especially from people who questioned the coaching credentials of Yobo.

But NFF Technical Director, Elder Bitrus Bewarang has poured cold water on the arguments from certain interested quarters on Yobo’s qualification to be in the coaching crew of the Super Falcons, stating that ex-Super Eagles skipper is ably qualified to be on the bench of the team.

“If I have my way I will advocate for the inclusion of some of the former national team players who distinguished themselves in their active years in the technical crew of all our national teams. I believe that ex-international like Jose Yobo who played for the Super Eagles, served as a captain and winning the AFCON with the team has something to impart in the young team we are building. His presence in the Super Eagles locker room will be a big plus to the team because his a bridge between the old and the young”, Bewarang said.

A thoroughbred and dedicated professional who played his club football in five countries, including sterling appearances for Olympique Marseille in the French top flight, Fenerbahce in Turkey and Everton FC in the English Premiership, Yobo scored several crucial goals for the Super Eagles in important qualifying matches for the FIFA World Cup and the Africa Cup of Nations. He was also among the scorers when the Eagles thrashed South Africa’s Bafana Bafana 4-0 in a group phase match in Tunisia 16 years ago.

Born Joseph Michael Yobo on September 6, 1980, the flamboyant stopper also played club football in Belgium with Standard Liege, Tenerife in Spain and Norwich City in England, having started out with Michellin-Harcourt in Rivers State in 1996.